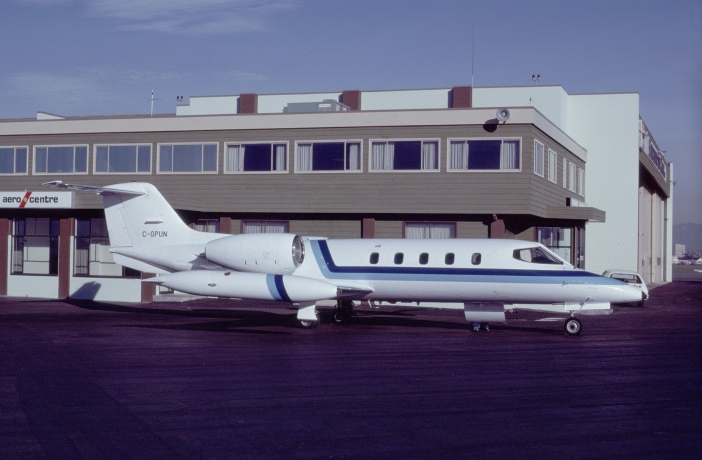 As Christmas 1994 approached, my wife and I were frantically getting our lives ready for our first child, due to arrive in the second week of February. As soon-to-be new parents we were trying to juggle the excitement with fear and trepidation, unsure of this new adventure we were undertaking. Apparently all of the buzz around Christmas was too much for our unborn daughter to miss out on as in the early morning hours of December 23rd she decided that she was going to join in the festivities; Seven weeks premature and weighing a spritely 5 pounds, the world welcomed our daughter Kirsten Anderson. It was a scary time as her underdeveloped lungs meant that she was confined to an incubator, with bright lights to fight off jaundice and constant monitoring of her oxygen levels. She had to remain in the hospital, unable to come to home, and we spent every hour sitting or trying to sleep in a chair by her side. On Christmas Eve the nurses assured us that everything was fine and sent my wife and I home to spend Christmas with the rest of our family, leaving Kirsten behind in the hospital for the night. The drive home without her was, and remains, one of the hardest things I’ve ever done. 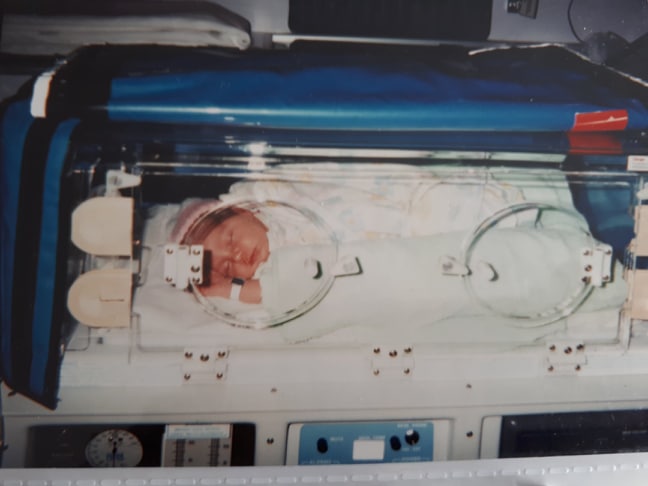 Hours turned into days and days into weeks as our daughter made steady progress and we began to anticipate being able to bring her home. Something went wrong however, and heading into the second week of January we were notified that her blood oxygen level had started dropping and had to be compensated with higher and higher levels in the incubator. Tests were run with no clear answers and as her oxygen intake continued to deteriorate the emergency decision was made to fly her down from our Prince George hospital in Northern BC to Vancouver Children’s hospital for further investigation into the cause. We were also advised that there was room on the flight for one of us to join and it was quickly decided that her mother would be the one to travel with her while I stayed behind for work. On the evening of January 10 1995 I watched the Air Ambulance Learjet 35 take off from PG and turn south for Vancouver with my baby and my wife on board. I have never felt so helpless.

During the short one hour flight from PG to Vancouver the medevac team received a call out of Masset, a village on Haida Gwaii, (then named the Queen Charlotte Islands) for another medical emergency transport. Haida Gwaii is north of Vancouver and it would save time and distance to redirect the flight and pick that patient up enroute instead of making a second trip. The flight crew discussed going straight to Masset and transporting both Kirsten and the other patient together but it was determined that with the three paramedics, two flight crew, Kirsten and her mother all on board it would be too crowded; It was decided to drop Kirsten and her mom off in Vancouver first.

After unloading in Vancouver, at 12:35am the Learjet Medevac plane and its crew left YVR and headed towards Masset for the second patient. That flight never arrived. At 1:46am on January 11, 1995 the aircraft and its flight crew of two along with three medical personnel were all lost into the ocean on descent into Masset.

As the investigation unfolded the Transportation Safety Board contacted us for any information we may be able to give. They took prints of the photos that Kirsten’s mom had snapped while on board to see if they could spot anything that would give clues into the accident. They also did interviews to see what was noticed regarding the flight staffs moods or anything else that may shed light on the incident. In the end the Transportation Safety Board determined that an incorrectly calibrated altimeter caused the plane to descend into the ocean before reaching the runway. The plane was eventually recovered in approximately 80 metres of water and all five crew on board were lost.

As a side note, our daughter’s oxygen levels began improving immediately upon arrival into Vancouver and she was released back to Prince George after only a couple of days of observation. The Doctors suspect that the change in altitude experienced on the flight was enough of a shock to her lungs to encourage them to start functioning properly. Now, 25 years later, she has finished Medical School and is working through her residency in a hospital on Vancouver Island.

To the family and friends of those lost in this tragedy, my heart goes out to you all. To the Doctors, Paramedics, Medical teams, Flight crews and personnel that work so hard to keep us healthy, I thank you from the bottom of my heart. You are all heroes to me.

6 thoughts on “Angels among us – Flight C-GPUN”

This is a text widget, which allows you to add text or HTML to your sidebar. You can use them to display text, links, images, HTML, or a combination of these. Edit them in the Widget section of the Customizer.
%d bloggers like this: